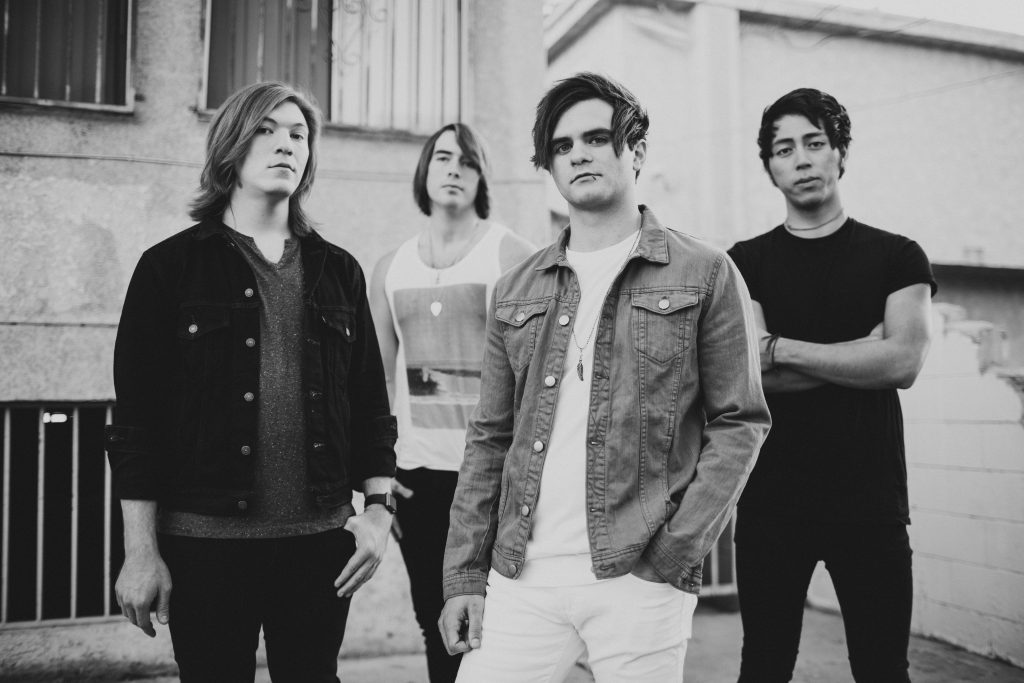 “…Gotta Wake You Up is more than just a wake up call to get outta bed.

It’s about so much we all feel and see, yet do so little about……” says Symmetry founder and guitarist Jared Hara.

Taking a break from recording their new album, the band is gathered at their Woodland Hills studio where the fearsome outside summer temperatures can often exceed 110ºF (40ºC).

“Man, that’s one reason we love touring the UK – it’s so cold, so wet… It’s awesome!“ Adds Max D’Anda who alongside bassist Will Weiner form the enigmatic rhythm section of the band.

Having toured the UK extensively supporting such artists as Don Broco, McBusted, James Arthur, and Third Eye Blind, the band went on to do a major 30+ date tour of the US supporting Brit band Coasts before coming home to chill, write, and recharge.

“We all have our own unique approach to writing and at the end of the day, our individual uniqueness is what defines our sound” Says Mike Campbell, lead vocalist, who’s impressive range compliments the passion and emotion that resonates throughout the songs.

Symmetry was formed some 4 years ago after Mike (vocals) and Jared (guitar) fatefully met at the Musicians Institute in Hollywood, California. Max (drums) and Will (bass) came along shortly afterwards and the perfect Symmetry was formed! However, the band evolved as a result of some musical experiments being tried out by sports-loving Hara who suddenly lost his sight at age 11. The impact of such a loss would have left many in severe emotional disarray, but not young Jared. He soon grasped a new sensitivity which allowed him to express himself in a way that otherwise might not have happened. His grasp of the guitar has a maturity that is far beyond his 24 years, as is evidenced throughout the music.

As Mike adds with their powerful pop/rock hooks, “we’re ready to be as loud and obnoxious as we can be!“

Watch out for the new single & video Gotta Wake You Up out now with new UK tour dates coming soon……….