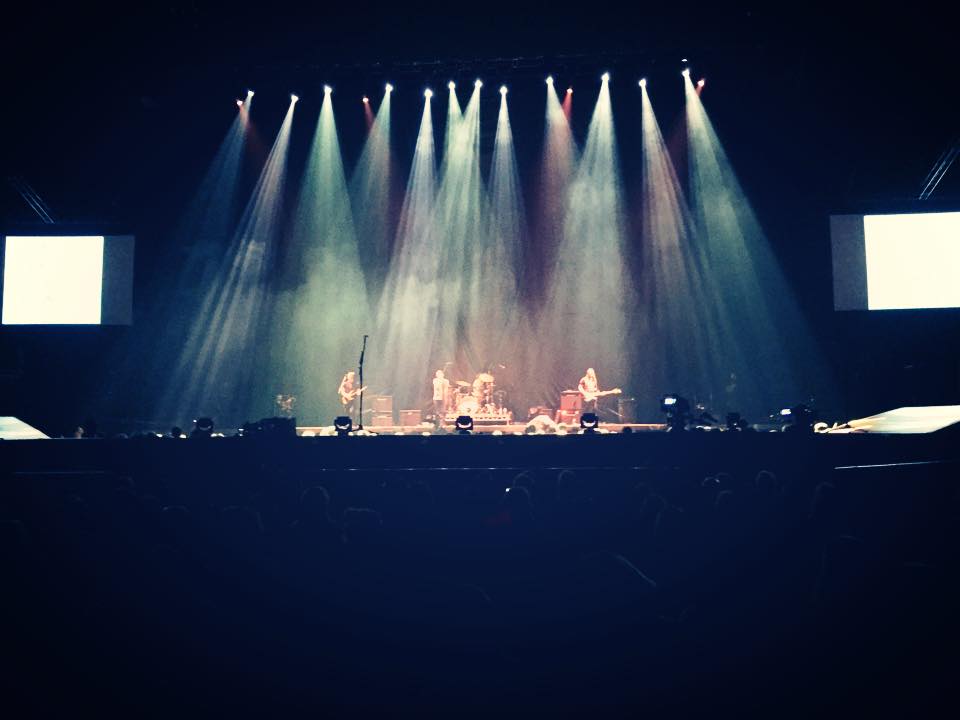 Just six weeks after arriving in the country from Los Angeles anthemic alt rock/pop foursome the band Symmetry are showing that they have formed an immediate love in with the British music scene. After warming up with top 30 chart band Room 94 to full houses around the UK the band parachuted onto McBusted’s arena tour. Only a couple of dates in the McBusted fans were already lapping up Symmetry’s set with arenas singing along with the bands unforgettable melodies and chorus lines. Blind guitarist Jared Hara is an astonishing player and all who see him are amazed at his natural ability and exceptional sound, add this to the ultra-tight “bottom end” of drummer Max and bassist Will shows the band to be one of the best imports to the UK scene in many years. The symmetry is completed by charismatic vocalist Mike, and it has quickly become obvious that boys want to be him and girls want to be with him, handling arena stages shows a front man with the ability to enthral crowds of any and every size. So what’s next? Due to immediate demand the band go on their first ever run of headline dates in late April/early May. 26th April – Birmingham O2 Academy 27th April – Manchester Academy 28th April – Glasgow ABC 29th April – Newcastle Academy 30th April – Sheffield Academy 4 th/5th May – Camden Barfly Next follows a main support slot with multi-platinum selling number one artist James Arthur exposing the band to yet many more thousands of new fans. The band’s first single The Cure https://www.youtube.com/watch?v=VoQ_QgTK2Ek is released on Sunday 26th April both physically and digitally via Universal. Looking further forward festival appearances are being confirmed daily and July sees the band on a run of headline dates in Northern and Southern Ireland, and Scandinavia. Momentum will be maintained by at least 2 more major support slots and another UK run of headline shows in October culminating in the release of the band’s debut album. Contacts Official band twitter – @symmetrytheband Official Facebook – Symmetry Band Website – www.symmetryband.com for all press and media enquiries, [email protected] Management – Jon, [email protected] [email protected]